Let’s face it, moving is hard. Why do we still move?

Moving abroad is even harder than moving within a country and I have done it voluntarily already four times. I have been telling my colleagues at the university how they all should aim to do at least one research visit or study abroad because of how the experience shapes a person. I have spent months now in preparation for a research visit to the US financed by Fulbright Finland Foundation and KAUTE foundation, to the University of Virginia and the feelings are mixed, even though I always recommend going abroad to everyone else. Why is leaving so hard? It’s easier to say, why I think international experience is worth that hardness:

My first study abroad experience was in Mainz, Germany. I went there as Erasmus-exchange student. I chose the University of Johannes Gutenberg in Mainz, because previous students had told that you cannot survive there in English, the studies are in German. At the time, I was very insecure about my English but I was quite comfortable with German I had studied for almost 10 years at school. To my surprise, most of the courses were in English and other Erasmus students were insecure in German. I did find a program called Fremde werden Freunde (Foreigners become friends) where I got German friends but the other international students and courses forced me to finally fix my relationship with the English language. The experience in Mainz also strengthened my view on how similar Germans and Finns are and how lovely all humans are. It was a scary adventure that turned out to be very funny and safe.

My second study abroad was a two-month summer semester at Stanford University, in the US. I had lost my father, which enabled me to pay for the tuition and live on campus as a master’s degree student. The studies were expensive but felt so worth every penny. I learned my first coding language, MATLAB, which helped me enormously with the first-year courses for the PhD in economics. The first-year PhD courses have a reputation of being harder than you can imagine, which I didn’t believe. Well, the courses really are that hard and knowing MATLAB was a big help. Another great course was Academic Writing where I sat down with an English language professor to analyze and improve the language of my master’s thesis. Still, after my PhD thesis, I think back on the advice I got from those private sessions and re-use the coding logic of MATLAB. A large mental change occurred in attitudes. Everyone kept saying “but now you’re at Stanford so everything is possible”. The two months were empowering, I felt more able to untangle messy problems and ready to start the long road towards a doctorate.

My third study abroad was actually a research exchange. I went to Denmark, Aarhus University, to conduct research under the supervision of prof Carter Bloch about innovation capabilities in Danish firms. It was hard to live separately from my boyfriend but collaboration with Carter went so well, Denmark was full of surprises and new discoveries that I ended up expanding the visit twice. In addition to completing the original research, Denmark inspired me to look into three other aspects of innovation capability benefits. I discovered a new perspective into art, and its importance to humanity and companies (yes, the importance of making money). I also became an independent researcher. These 15 months shaped my research enormously, as I discovered totally new subjects and came up with the idea for the favourite essay of my PhD thesis: how important design is or can be for product innovation in firms.

The fourth time I moved abroad, was when I got a 3-years post-doctoral research job in the same place, I had visited earlier. This time, I understood the big difference between moving abroad temporarily versus moving abroad until further notice. I had to figure out the local taxation system that operated only in the local language. Help in English was only available on phone. The taxing of my saving was also a surprise, a negative one. The logic was totally different than in Finland: unrealized earnings were also taxed. This caused practical problems and made me value Finnish taxation because I knew how and why it operated like it did. Thus, I stopped saving during my fourth time abroad as the taxation was too big of a mess and I felt that I could not plan how to pay the tax. Despite this hard part of taxes, I learned to appreciate paying them as Denmark handled the covid-situation exceptionally well. Testing was free and very accessible and with a valid (max couple of days old) corona pass, we were able to go to a cafeteria, museum or work. That being said, also Denmark was in a total lockdown for a while but testing made us able to enjoy normal life a bit more. Hence, I am very happy to have paid those high taxes (and I probably still keep paying there some as the taxation case is still open, even though I moved back to Finland 10 months ago). Taxation was a big experience and played a part in evolving my political views.

However, the biggest difference between a visit and a permanent move abroad is simply the lack of an end date. As a result, the mindset is different. Hence, living outside of the original home country becomes the norm and the new country tries to become to new home country, with a permanent rental contract and new hobbies. When there is no plan of moving away, one has to really learn to fit in. That is why permanently moving is a bigger change than a temporarily moving. Permanently moving is scarier than temporarily moving because there is no plan of returning to the old and safe previous home or home country. However, I think both experiences are enormously valuable, as highlighted by the experiences presented above, and not all have the possibility of moving permanently to a new country.

Hence, on the fourth time living abroad, I learned the mental differences between a temporary and permanent move, work life balance and how to make it happen. I also rediscovered connection to the nature, how different it can be even between the Nordics, and how big of a deal language is. At work, EU funded Globalinto project made me do research on gender, a topic that was hard to approach as a minority member in economics. Since my first year of studying at the university, I had become used to hearing and making jokes about women in a very gendered way. It was a way of survival before I encountered my own sexual harassment case at a conference in another European country that shall remain unnamed. My colleagues at CFA, Aarhus University, helped me to deal with the experience so that I could work on the topic and discuss it further with other friends, who happened to be entrepreneurs. A result was a topic for my fifth visit abroad: what hinders and supports women to go into entrepreneurship and why. Additionally, when you are a foreigner, all foreigners feel more approachable and I got to know a professor visiting in Aarhus, Mark Schwartz, who is the reason for the destination of the fifth visit abroad to be the University of Virginia. This visit is co-funded by Fulbright Finland and KAUTE foundations that have eased the move a lot, for example, with an orientation session covering, among other things, the visa application process.

“I wouldn’t like to miss any of the previous visits abroad” was a thought that helped me when trying to prepare to move again. Still, when boarding the train from Vaasa to Helsinki, where my flight to the US was leaving on the following day, I forgot the napkin. As always, I cried my eyes out when saying goodbye to my boyfriend, now a fiancé. It breaks my heart to live separately. Yet, a temporary move still feels like a clever choice despite the huge sorrow of a long-distance relationship. Are you planning to do a research visit or a study abroad? 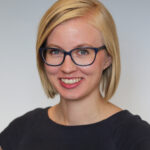 in and out of the University of Vaasa. Read the texts in English.